Home Gossips Gippy Grewal’s upcoming venture ‘Carry On Jatta 3’ will be hitting the... Now, the star is all set for his upcoming movie ‘Carry On Jatta 3’ The makers of the movie have announced today that the movie is going to hit the theaters on 29th June 2023. The movie starts its filming on Oct 1st, 2022. The makers announced the news by sharing a poster along with a caption, Gippy Grewal ‘Carry on Jatta 3’ – announcement + launch date which reunites the actor Gippy Grewal and the director Smeep Kang, release in cinemas on 29th, June 2023.

Carry On Jatta is a Punjabi (Pollywood) comedy movie starring Gippy Grewal and Binnu Dhillon. Smeep Kang is the director of this drama.

Sippy Grewal, Gippy Grewal’s brother, is producing the film under his banner Sippy Grewal Productions. Actress Mahie Gill played the female role alongside Gippy in the first instalment. The entire film was shot in the Punjabi city of Jalandhar.

At a friend’s wedding, Jass (Gippy Grewal) falls in love with the female lead Mahie (Mahie Gill). She informs her pals that she is planning to get married to someone who, like herself, does not have a parent. So, with the help of his friend Honey (Gurpreet Ghuggi), Jass acts as an orphan in order to court her. 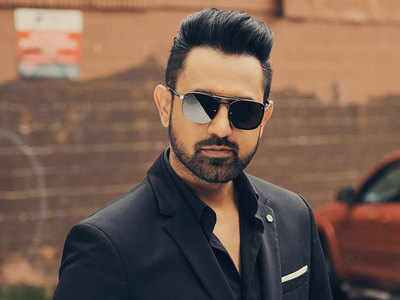 Along with Gippy, starlet Sonam Bajwa played the female protagonist in the second instalment. Binnu Dhillon, Jaswinder Bhalla, Gurpreet Ghuggi, and Karamjit Anmol will all return in the third instalment for the uninitiated.

The first instalment and  second instalment were hugely popular, and audiences adored the way each action was shown. The cast of the film gained notoriety and was well-liked by the viewers. This time around, the film is expected to reintroduce sarcasm and humour into the storyline and be a smash hit. Fans are ecstatic about the news and eagerly anticipate the film.