Godfather, directed by Mohan Raja and produced on a large scale by Konidela Production Company and Super Good Films, will also feature Bollywood superstar Salman Khan in a prominent role. Not only that, but the team had a waggling song in mind for Chiranjeevi and Salman Khan. Prabhu Deva will choreograph this spectacular dance performance, while S Thaman will compose the music for it. Thaman took over Twitter and announced the same by tweeting. The makers will film this song soon. However, it will be an eye banquet for fans to see Chiranjeevi and Salman Khan dancing together and set the screens on hearthplace with their swish moves. 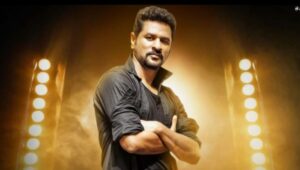 Well this is not the first time we will see Salman Khan squeeshing his feets on Prabhu Deva’s choreography. Earlier Prabhu Deva has Choreographed Salman Khan in many of his films like Wanted, Dabbang etc. It will be great watching the trio comming together in collaboration with the megastar Chiranjeevi and set the floors on fire. Speaking about the movie, Godfather is an Indian-Telgu film which will be directed by Mohan Raja and the music director for the film is S.Thaman. The movie is basically a action-thriller movie which is a reversed remake of Lucifer(Malyalam) movie. Konidela Production are the producer for the movie. The production house has given several massive hits like Acharya, Sye Raa Narsimha Reddy etc.
S Thaman is a popular composer and musician who works in Telgu film industry. His tracks are world wide known and loved by the audience. He also works in Tamil and Kannada films. 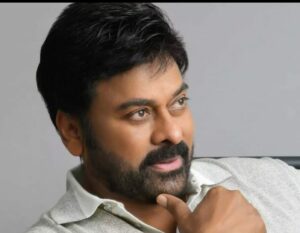 The film has involved all the greatest stars who have set benchmark in their respective fields. Salman Khan is the mega star of bollywood and all his movies have just shaked the box office like anything. Chiranjeevi is the megastar of telgu films and has done over 150 movies. Prabhu deva is a king of dance, who just shakes the dance floor as if he owns it.