Home Latest Buzz Gully Boy Movie Will Not Get Oscar 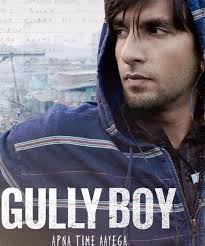 The movie Gully Boy is based on the true stories of Mumbai street rappers – Divie and Neazy who belongs to slums of Mumbai and rises in fame with his rapping . In this movie Ranveer Singh and Alia Bhatt played a lead role . The movie was released on 14 Feburary 2019.