Home Latest Buzz Gulshan Devaiah on working with Taapsee Pannu for the first time: “She... Actress Taapsee Pannu is all geared up to make her debut as a producer with her upcoming movie Blurr opposite Hunter fame actor Gulshan Devaiah. The actress had recently launched her own production company titled Outsiders Films. Blurr will be Taapsee’s first project as a producer under her own banner. Furthermore, this will be the first time that Taapsee Pannu and Gulshan Devaiah will be seen together on the big screen. 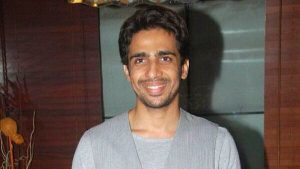 The shooting for this upcoming Psychological thriller has been wrapped up. Blurr is set to release next year.

Gulshan Devaiah on working with Taapsee Pannu for the first time:...