Since the arrest of Aryan Khan in the alleged drug case, prominent Bollywood celebrities have been quite vocal about the circumstances and have come out in the support of Shah Rukh Khan’s son. 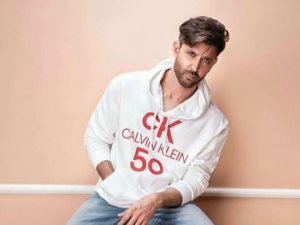 Earlier, industry people like Suniel Shetty, Mika Singh, Hansal Mehta, Sussanne Khan and many others supported the star kid, and even doubted the intention of the Narcotics Control Bureau (NCB).

Now, after Sussanne Khan, her ex-husband and actor Hrithik Roshan have publicly shown his support to Aryan Khan. The Koi Mil Gaya actor wrote an open letter in support of Aryan which is being appreciated by the majority of his fans. Hrithik Roshan went on his Instagram on 7th October, Thursday, to post the letter alongside a photo of Aryan Khan. The actor seemed to be sympathising with Aryan and said that he should experience the darkness in order to  appreciate the light.

Aryan Khan was taken into custody on 3rd October, Sunday, along with seven others by the NCB on the charges of illegally consuming and smuggling drugs.