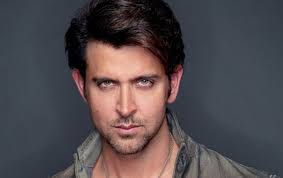 Bollywood celebrities are reliving their favourite films from the 90s and after Abhishek Bachchan , now Hrithik Roshan spilled the beans for his 90s love.

Expressing the joy of watching the audience at the first show of ‘Karan Arjun’ at a Mumbai theatre, Hrithik shared, “Mine has got to be KARAN ARJUN. It was the first film I experienced from scripting, assisting till the first show in ‘Chandan’. My joy was unmatched when the audience went crazy.”

Abhishek  Bachchan also  revealed that ‘Karan Arjun’ was one of his all time favourite  movies too.

Hrithik marked his debut in Bollywood with ‘Kaho Naa… Pyaar Hai’ film in 2000, however before he could face the camera the star kid had all the experience before  that goes in the making of a film.

He was an assistant director to this 1995 blockbuster drama directed by his father Rakesh Roshan. ‘Karan Arjun’ featuring Salman and Shah Rukh Khan emerged as a classic film and continues to be popular with fans.

On the work front Hrithik has ‘Krrish 4’ in his pipeline. And the actor was last seen in film ‘War’ alongside Tiger Shroff, and Vaani Kapoor which released back in 2019.