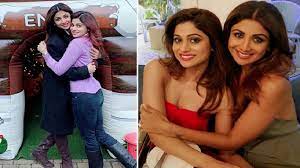 Shilpa Shetty’s comeback film Hungama 2 releases amid the ongoing investigation against her husband Raj Kundra. To cheer up the star, sister Shamita Shetty poured love on Shilpa. Shamita took to her Instagram handle and wished luck to the actress. Sharing a picture of the poster from the film, Shamita penned an emotional note which read, “All d best my darling Munki for the release our film Hungama after 14 years I know Uve put in a lot of effort into this one. The entire team has! love you and with you ALWAYS  Uve gone through a lot of ups n downs in life and one thing I know for sure .. Uve emerged stronger!… this too shall pass my darling. All the best to the entire team of #hungama2”. Earlier, Shilpa had also made an appeal to her fans to watch Hungama 2. The actress has been in the headlines on Friday as her house was also raided by the Crime Branch officials owing to her husband’s arrest. Urging her fans, Shilpa on Instagram wrote, “I believe and practice the teachings of Yoga, “The only place where life exists is the present moment, NOW. Hungama 2 involves the relentless efforts of an entire team that’s worked very hard to make a good film, and the film shouldn’t suffer… ever!” Further, appealing to everyone, she continued, “So today, I request you all to watch Hungama 2 with your families to put a smile on your face and for the sake of every single person attached to the film. Thank you. With gratitude, Shilpa Shetty Kundra.”

Recently, the film’s producer Ratan Jain also spoke to News18 and said that the case related to Raj Kundra will not impact the film’s release. 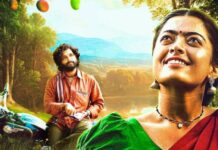 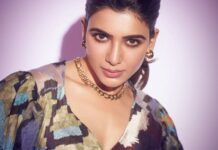