Home Gossips I only saw myself as a dancer and an actor: Sudha Chandran... TV star and classical dancer Sudha Chandran made her debut as an anchor with the show ‘Crime Alert’. She also produced the crime show. 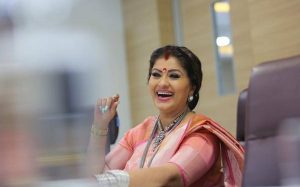 Sudha Chandran has established her name in the entertainment industry with her versatile work. Chandran, who started as a dancer, has been a part of the industry for over 30 years now. Eventually she started acting and did several television shows including three seasons of Naagin.

Recently, she made debut as an anchor and surprised her fans with her versatility. She is currently anchoring Dangal TV’s Crime Alert. She opened up about her experience as an anchor and said, “With Crime Alert’s first season, the channel gave me the opportunity and also pushed me to become a producer. That was something new that I explored. And this season, I got an opportunity to become the host of the show. Anchoring is also something that I hadn’t tried before. I only saw myself as a dancer and an actor but to be a host is also a wonderful experience.” Crime Alert on Dangal TV is a show that depicts real-life criminal incidents in a dramatic manner. It awares people from means of protecting themselves to recognizing criminal activities. 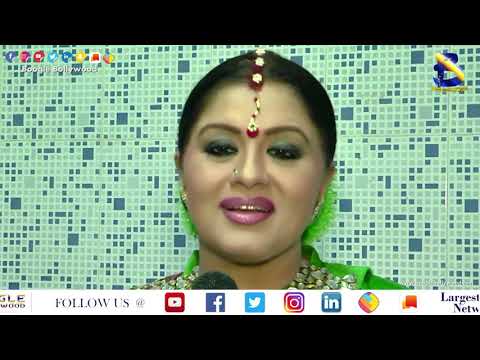 Talking about Crime Alert as her first anchoring project she said, “Crime is a subject that needs to be looked at in-depth since the percentage is on the rise. We have become insensitive to what we read. What we visualize, we find a connection. Here, we are using entertainment as an eye-opener to make people aware of what is happening around them. Through this show, we want to tell people that as citizens, they too must take responsibility to understand the crime and talk about it. We can’t be dependent on the police all the time. We can’t turn a blind eye to the crime taking place in the country because we are personally not affected. Hence, I chose to do the show and make the audience aware of such stories.” Born in Mumbai, Sudha Chandran is an accomplished Bharatanatyam dancer. She has done shows and movies in different languages as she has a good command over English, Tamil, Bengali, Malayalam, Hindi, Telugu, Kannada and Marathi. She was also a contestant on the reality dance series Jhalak Dikhhla Jaa.