Neha Sharma will be seen in a song with Sidharth Shukla titled ‘Dil Ko Karaar Aya’. The poster of the song has already been released. 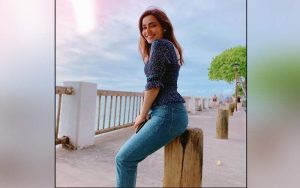 The film Ik Sandhu Hunda Si was released this year. The film is directed by Rakesh Mehta and features Neha Sharma and Gippy Grewal in the lead role.
The film is about a student played by Gippy Grewal and he is a daring college student who falls in love with Neha Sharma. She is sister of a local MLA. But When Neha’s brothers come to know about their love, they attack Gippy. And then the war begins between Sandhu and Simran’s brothers. Will Simran stand by Sandhu and go against her family is the film all about.

Janvi Kapoor starer ‘Gunjan Saxena: The Kargil Girl’ is to release on Netflix