Home Latest Buzz In Lockdown pandemic, Shahid Kapoor Is Now Fully In Charge Of His... 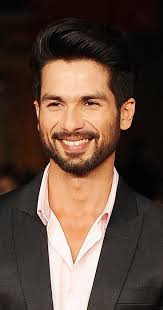 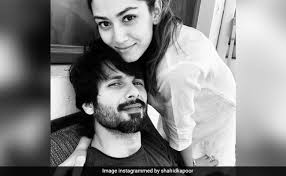 Shahid Kapoor recently, took out some time to interact with his fans on Twitter. He answered their queries about his upcoming project, his routine during the lockdown, his favourite dessert and his views about working with his father Pankaj Kapur in his film ‘Jersey’.

During this, Shahid was also asked about how he is helping his wife Mira Rajput with the household chores  the ongoing lockdown. In response, the actor said that he is sharing the workload at home by washing dishes. “Mera department bartan ka hai,” he tweeted.

When one user asked the actor to say “one word” about south star Allu Arjun, Shahid replied: “Love his dancing skills.”

Shahid also spoke about his upcoming film ‘Jersey’ and tweeted: “Just trying our best to make a good film. But I am very happy with whatever we have done so far. Really enjoying the journey and the team.” When asked to share his experience about working with his father in the film, Shahid replied: “I still get nervous sharing the frame with him.”

In ‘Jersey’, Shahid  will play the role of a cricket enthusiast whose dream to join the Indian cricket team is fulfilled when he is in his 40s. The film will feature Shahid Kapoor’s  father Pankaj Kapur playing the role of his mentor.