Home Box Office Collection In Netflix film ‘The Social Dilemma’, a timely warning about the big... 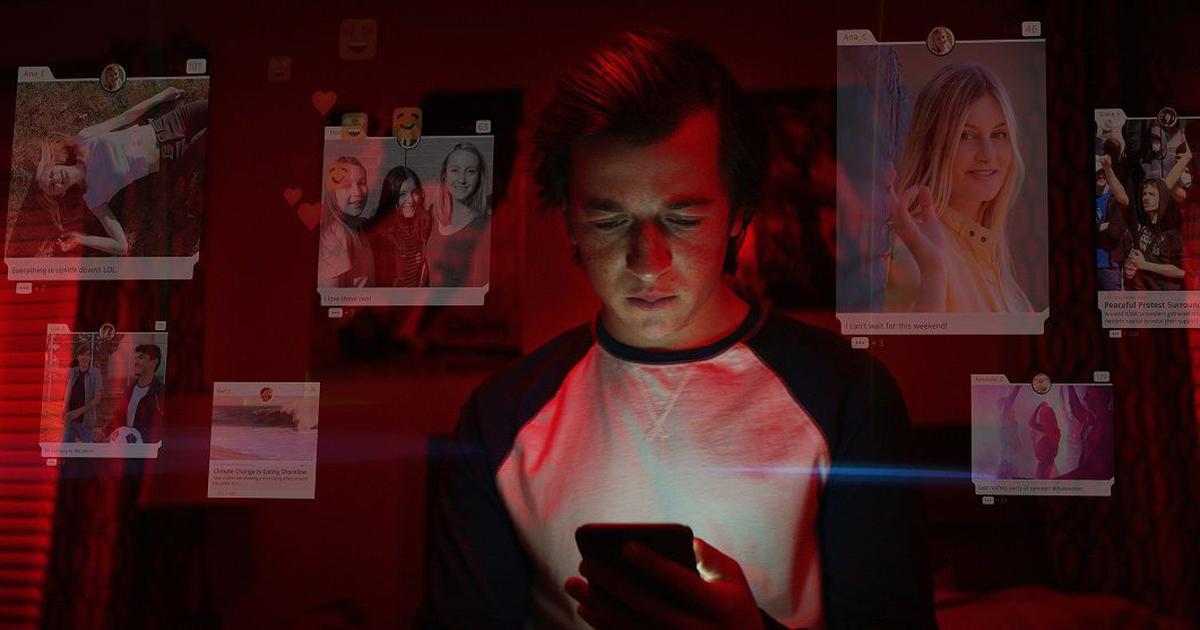 The docu-drama begins with a series of ominous statements. A range of technology experts alludes to the flip side of social media and the way a tool that was meant to connect people has gradually become a curse akin to an existential threat. The interviewees include former employees of Google, Facebook, Pinterest, Twitter, and other internet giants who talk about the Frankensteinian monster they helped create.

Among the most prominently featured is Tristan Harris, a former design ethicist at Google who went on to found the Centre for Humane Technology, a non-profit pushing for ethical technology. Other interviewees who have had similar changes of the heart include Tim Kendall, the man who helped monetize Facebook and is now the CEO of Moment, an application that encourages more healthy mobile phone usage, and Guillaume Chaslot, a former software engineer at YouTube.

Together, these experts explain how humans have become a pawn in the game between social media and advertisers. Their dire warnings culminate in the lesson that social media companies are in a tussle for the attention of users and are ultimately in the business of facilitating behavioral change to favor advertisers.

As Jeff Seibert, a former executive at Twitter puts it, “What I want people to know is that everything they’re doing online is being watched, is being tracked, is being measured.”

Running on a parallel track is the dramatized story of Ben (Skyler Gisondo) a teenager who goes down a rabbit hole of misinformation on social media that gradually radicalizes him. The members of his family touch upon the other implications of social media. His mother (Barbara Gehring) is struggling to reduce her own and her family’s mobile phone usage, while older sister Cassandra (Kara Hayward) tries to caution her brother against online propaganda. Through the adolescent Isla (Sophia Hammons), the film traces the impact of social media on the self-esteem and mental health of young adults.

This fictional story seems almost incidental to the film, with the real-life horrors presented by the panel of interviewees emerging as much more pressing and engaging.

The documentary and drama elements combine to communicate the sheer scale of the problem posed by social media – one that has the potential to topple governments, disrupt the very fabric of society, and undermine democracies through manipulation and misinformation. The film sets the alarm bells ringing on how governments can weaponize social media and how, in the wrong hands, it can be a potent tool for violence.

Examples include the role Facebook played in fuelling violence against Rohingya Muslims in Myanmar, the alleged Russian meddling in the 2016 elections in the United States of America, and more recently, the spread of conspiracy theories about the ongoing Coronavirus pandemic. This acquires added currency in India, where concerns over the influence of WhatsApp and Facebook on elections were rife ahead of the 2019 Lok Sabha polls and amid recent reports of an alleged nexus between the ruling Bharatiya Janata Party and the social media giant.

The Social Dilemma blames this anarchy on technology but also underlines that it is humans who unwittingly created this monster. It also examines how human vulnerabilities and predispositions are tapped into the very design of these platforms, which is meant to grab attention and prolong engagement.

The film proves to be an engaging watch not because it has something extraordinarily new to say, but because of how it successfully underlines a threat that has been extensively written about. While there are the usual suspects – surveillance, data collection, fake news, the creation of a post-truth world – the documentary expands upon the extent to which human psychology is being exploited through algorithms and artificial intelligence. AI is already running our lives, the film proposes, in ways that are so subtle as to have escaped our attention. Human beings are lab rats and are being molded, manipulated, and indoctrinated every day in ways that we do not even realize, the documentary warns. Compelling and taut, The Social Dilemma ensures that at the very least, viewers won’t look at notifications and constantly refreshing news feeds the same way again.