An old time actor of our Indian cinema, Prem Chopra and his wife, were admitted to Lilavati Hospital due to testing positive for Covid -19. The actor and his wife have been administered the monoclonal antibody cocktail. Monoclonal antibody cocktail is a kind of drug which treats patients who have high risk chances of developing serious diseases. According to Doctors, the requirement for this medicine has increased in a huge number of patients in the past 10 days due to experiencing a high number of covid positive cases in the city. 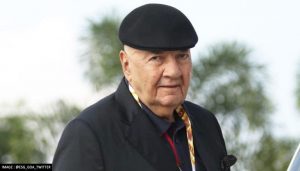 The Indian actor Prem Chopra has worked in many Hindi and Punjabi films as well. He has acted in more than 380 films over a span of over 60 year. He is still remembered by everyone  for his many iconic movies and dialogues. The further treatment of the actor and his wife is still going on at Lilavati Hospital. The actor had just turned 86 in Sept, 2021. The actor Prem Chopra and his wife are recovering soon due to the dose of the medicine provided to them, they will soon be discharged within a day or two once they are tested negative. The 86 years old actor is not the only one who has been tested positive from the Bollywood industry in the last few weeks. On Sunday, Mumbai again recorded the highest increase in case of coronavirus with 8,063 infections which was 1,763 more than the figure added to the total on Saturday.