Just minutes after revealing the first look and the star cast for the movie “Kho Gaye Hum Kahan”, the team of this upcoming movie have launched its introductory video that includes the three lead actors of the movie Siddhant Chaturvedi, Ananya Panday and Adarsh Gourav. The film is produced by Zoya Akhtar, Reema Kagti, Farhan Akhtar and Ritesh Sidhwani and will be directed by Arjun Varain Singh. 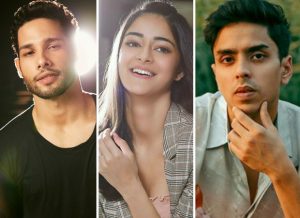 The movie is set to be released in the year 2023 as announced through the video.

Siddhant Chaturvedi is currently shooting for the movie Phone Booth opposite Katrina Kaif and Ishaan Khatter.