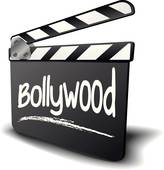 Share
Facebook
Twitter
Google+
Pinterest
WhatsApp
After the huge success of ‘Avengers Endgame’,  everyone is looking forward to Bollywood to produce sci-fi movies, though Bollywood has already produced movies like Raaon and  Robot the box office collection and the movie itself was not able to impress the audience at much extent. This gives a thought as to why Bollywood still lack t match the level to Hollywood when it comes to science fiction movies.
Expressing the views on the same directors from booked have this to say- Madhur Bandarkar said, “Right at the outset I would like to state that is it unfair to compare Indian cinema with Hollywood. Look at the scope of business for them? They have the world market. In India itself, they are dubbing in at least three languages. Whereas for us it is still a limited market even if we distribute overseas. We will be catering to the diaspora audience. It’s not that we don’t have the technical know-how or great stories to tell. If you look at Bahubali it’s on par with any Hollywood film. Things are picking up however in India a gradual pace. Digital has picked up, Ott platforms are opening up so Sci-Fi as a genre will grow in India, I’m very hopeful.” Shashanka Ghosh said, “I feel there are many ideas but mostly in the overlap between fantasy and sci-fi. For pure sci-fi-  traditionally and now we still prefer emotionally charged storytelling while sci-fi requires a logical/ intellectual involvement which is slowly coming about. In the super real fantasy zone, we have no dearth – god films have abounded, and the latest being Bahubali.” Protiqe Mojoomdar said, “Right from the times of Satyajit Ray’s Prof. Shanku to Chacha Chaudhary, Nagraj and Tinkle.. and of course Isaac Asimov and Ray Bradbury.. Indians have grown up with both Indian and international sci-fi stories and exciting superheroes. Avengers and Stranger Things are a recent phenomenon of course, which have opened the lid in terms of cashing in majorly on the film/content business. And that’s because studios like Marvel and Netflix are some of the smartest content creators in the world – their fingers have been on the viewer’s pulse all along. We are very very excited about this genre at Handyman and are attempting this in a small way through our forthcoming web series ‘Hawa Badle Hassu’ which is an environmental thriller with sci-fi elements. While it is a simple story of an Autorickshaw driver who is desperately concerned about the deteriorating Environment around him, it packs in inspirations from the sci-fi genre to help turn the pages in this friendly neighborhood autowallah’s life! And it’s an all Indian crew and VFX is happening out of Goa. Vivek Agnihotri said, ” I think Sci-Fi in Hollywood is a cultivated genre. They have comics and pre-established stories which already command a huge fan base. They are smart to convert that huge repository into cinema. We have great stories too but there is a gap somewhere. We are not turning to our roots- not exploring the depth of content that is already there. I think the issue is slightly deeper. As Indians, we must instill a sense of pride in India. We should look at the positive narratives only then can we come up with such level of cinema” Rajiv Chilaka, Creator of Chhota Bheem said, “Avengers Endgame has been a culmination of a decade of movies. Krish series was an honest attempt to create and add to the pantheon of Indian superheroes. The fact remains that Krish was the introduction of a new superhero. Some characters instantly connect to the audience and some create their impact over time. Even an Avengers Endgame took a decade to become the juggernaut that it is today. I believe this genre commands a much closer and longer approach.”