As per the sources Aayush Sharma and Zaheer Iqbal are supposed to get replaced in Salman Khan’s Kabhi Eid Kabhi Diwali . Abhimanyu Dassani and Javed Jaaferi’s son Meezaan are being considered for their roles, as per our insiders. The movie’s shoot routine has been interrupted due to the abrupt change in cast, and it is only scheduled to resume once the cast concerns have been sorted. 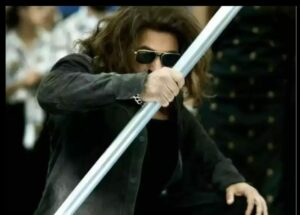 As per rumors, things aren’t going well between Salman and the film’s director, Farhad Samji. According to certain sources, Salman is instead ghost-directing ‘Kabhi Eid Kabhi Diwali.’ According to the story, Samji directed around 10% of the picture, but after seeing the rushes, Salman and the film’s co-producers weren’t impressed. The makers didn’t have much faith in Samji after the failure of his previous picture, ‘Bachchhan Paandey.’ However, sources claim that he will not be replaced, at least on paper, in order to minimise unfavourable publicity surrounding the film. Salman and the ADs are also said to be assisting with guidance in direction, only consulting Samji for advice when necessary.
Kabhi Eid Kabhi Diwali’ has taken an unusual path so far in this. Salman Khan was set to star in Sajid Nadiadwala’s ‘Kick 2’, but the project was delayed, and Nadiadwala instead unveiled ‘Kabhi Eid Kabhi Diwali,’ with Farhad Samji directing. Salman Khan decided to take over production from Sajid Nadiadwala on the film, which also changed hands. When announced about the project, the makers of Kabhi Eid Kabhi Diwali have vowed that the movie shall be full of action and will be a comedy drama too, which will make the movie a a full family drama. Well it will be a matter of concern as the stars as well as the director of the movie are not yet finalized. Well audiences are now waiting for the official announcement about the finalization of the caste as well as the movie.