Shahid Kapoor’s brother and Bollywood actor Ishaan Khatter, went on Instagram today to announce his upcoming movie with Mrunul Thakur, the movie is titled “PIPPA” and is based on the 1971 war. The movie will be directed by the director of Akshay Kumar starrer Airlift, Raja Krishna Menon and will be produced by Siddharth Roy Kapur and Ronnie Screwvala.

The shooting for this war centric movie began today in Amritsar. 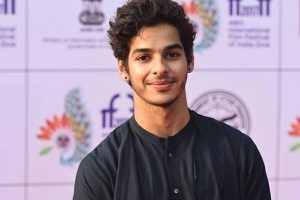 Pippa will have music by the Oscar-winning music legend AR Rahman and the film also stars Soni Razdan and Priyanshu Painyuli in significant roles.

Dhadak fame Ishaan Khatter, was seen in Khaali Peeli and A Suitable Boy both of which were released in 2020. And, Mrunul Thakur was seen in the movie Toofaan opposite Farhan Akhtar.