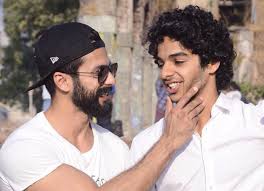 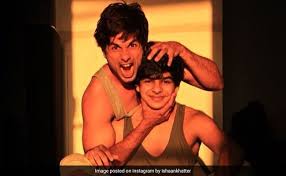 Bollywood is full of brother duos, but if there’s one pair that is stylish, talented and charming, it has to be that of Shahid Kapoor and his brother Ishaan Khatter. While Shahid made his acting debut long back in the year 2003, Ishaan recently came in the film industry with Majidi’s film ‘Beyond The Clouds’. Ishaan has never shied away from expressing his love for Shahid.

To wish Shahid on his special day, Ishaan took to social media and shared some unseen photos. The actor shared three photos to wish Shahid. While two of them featured Shahid being his dapper self, the third one is where Ishaan looks adorable while Shahid is seen switching on his goofy mode.

In his birthday wish, Ishaan has captured three vibes of Shahid like never before the dapper man, the chocolate boy, and the funky brother.

Shahid was last seen in ‘Kabir Singh’ turned out to be a blockbuster. The film, which was a remake of Sandeep Reddy Vanga’s Telugu blockbuster ‘Arjun Reddy’, performed extremely well at the box office. However, the reviews of the film were on extreme ends.

Up next, the actor will star in ‘Jersey’. The film is a remake of a Telugu film of the same name. ‘Jersey’ will also co-star his father Pankaj Kapur in the key role.