Aishwarya Rai Bachchan went on Instagram today to announce the release date for her upcoming movie Ponniyin Selvan and also said that the shooting has been completed for the film. The actress shared a poster of the movie along with informing her fans that the movie is scheduled to be released around the summer of 2022. Ponniyin Selvan is a period drama helmed by Mani Ratnam and the music is given by AR Rahman. 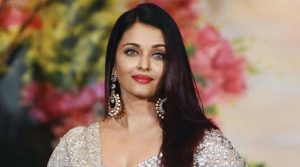 Aishwarya had resumed shooting for the film when the lockdown restrictions were eased in the country. The majority part of the film was shot in Puducherry after which the team shifted to Hyderabad to shoot the remaining part.

The movie is said to be based on a 1955 novel by Kalki Krishnamurthy. The movie also stars; Trisha Krishnan, Vikram, Jayam Ravi, Karthi, Prakash Raj and Jayaram. shoot the next

Doctor G first look out! Ayushmann Khurrana aces the look of a surgeon with...