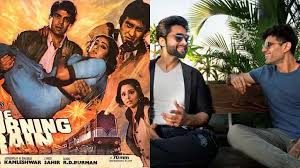 Jackky Bhagnani who had done movies like, ‘F.A.L.T.U’,  ‘Youngistaan’, ‘Sarbjit’, ‘Mitron’ recently announced the remake of Ravi Chopra’s 1980 film ‘The Burning Train’. The filmmaker has joined hands with producer Juno Chopra for the remake.

Sharing the news on social media, Jackky Bhagnani wrote, “Delighted to announce the remake of #TheBurningTrain in association with my dear friend @junochopra. A classic by Ravi Chopra sir. I hope we do justice to the magic that he created years ago. @vashubhagnani @honeybhagnani @poojafilms #BRFilms.”

For the sequel of this film, the producers have not revealed the cast for the film yet.

The film was about a superfast train Super Express that catches fire due to a bomb blast during its run from Delhi to Mumbai. The train was designed by Vinod Khanna (Vinod Khanna). Randhir Kapoor (Danny Denzongpa), whose design was rejected, planted a bomb to seek revenge. The film shows how Vinod’s friend Ashok (Dharmendra) tries to save the lives of people on the train with passengers Ravi (Jeetendra).

‘The Burning Train’ was directed by Ravi Chopra. RD Burman gave the music of the film which is quite popular till now.