Consisting of six segments, Women’s Stories will be directed by female directors from across the world and will also have an all-female cast.

Bollywood actor Jacqueline Fernandez  has bagged her first Hollywood project. She will be seen in an anthology film titled ‘Women’s Stories’. The movie which consists of six segments, will be directed by female directors from across the world and will also have an all-female cast. 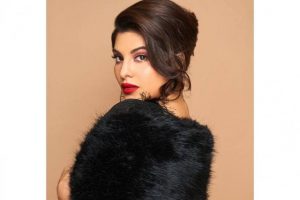 According to a report by media, Jacqueline, along with transgender model Anjali Lama, will star in filmmaker Leena Yadav’s (Parched, Shabd, Teen Patti) segment in Women’s Stories titled ‘Sharing a Ride’.

The upcoming Hollywood project starring bollywooddiva, will be Co-produced by IervolinoEntertainment and non-profit production company We Do It Together. It will see filmmakers Maria Sole Tognazzi, Lucia Puenzo and Catherine Hardwicke joining hands to direct the anthology film which aims at showcasing the stories of women from different walks of life. It also stars Cara Delevingne, Eva Longoria, Margherita Buy, Marcia Gay Harden and Leonor Varela. 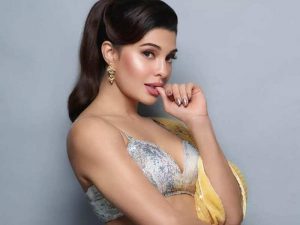 In a statement made by Chiara Tilesi, founder and President of’ We Do It Together’, “At We Do It Together, our mission is to enhance and change the image of women in films and media, from object to subject. We are dedicated to telling stories of women, both in front of and behind the camera. That’s why Women Stories is so important to us ,we have brought together female directors, from all over the world, who collaborate and share personal stories from their own point of view. We are telling the stories of these heroines and their aspirations: from health workers to mothers, artists and businesswomen, to name a few.”

Women’s Stories will be shot in Italy, India and the US.

Talking about Jacqueline, she will  be next seen in upcoming bollywood flicks, ‘Bachchan Pandey’ and ‘Bhoot Police’.