Fans have been anticipating Janhvi Kapoor’s movie Good Luck Jerry ever since it was announced. In fact, the actress herself posted images and videos from the movie’s set, which stoked excitement among viewers. And today she shared the first image of GoodLuck Jerry on her Instagram account, delighting all of her fans. Janhvi shared the movie’s poster along with the news that it would start streaming on Disney+Hotstar on July 29.A scared Janhvi Kapoor can be seen aiming a gun in the first poster. Her nose ring and the bindi on her forehead make her appearance stand out. She is hidden behind a table that has tiffin boxes on it in the following poster. Janhvi shared these posters with the following message: “Good Luck nahi bolenge? Nikal Padi hu main ek naye experience par. Starting on July 29, @disneyplushotstar will stream “Good Luck Jerry.” Distributor Aanand L Rai is behind the Siddharth Sengupta-helmed film Jerry. Reportedly, it is a remake of a South Asian movie. The major role will go to Janhvi, while Chandigarh and sections of Punjab have previously been used for filming. 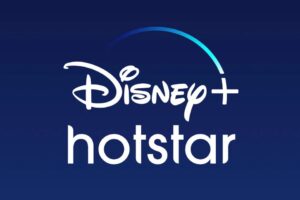 Additionally, Janhvi will appear in Mili. The original Malayalam version of the movie was helmed by Mathukutty Xavier in 2019. Boney Kapoor, Janhvi’s father, is supporting the movie, which also features Sunny Kaushal and Manoj Pahwa. She and her father are working together for the first time. She also shares Mr. and Mrs. Mahi with Rajkummar Rao in addition to this. The actress has given greatest and massive hits like Gunjan Saxena, Roohi, Dhadak, Bombay Girl, Ghost stories etc. The actress has taken a leap in her career very fast and has been placed in viewers heart because of her simplicity yet fascinating acting skills. Well after the release of the poster fans are already gushing around and waiting to seen Jahnvi in this newest avtar.

Karan Johar declares there will be no more Koffee with anyone

Prabhas is creating trouble for the makers of Adipurush?