Days after Sidharth Shukla’s unfortunate death Big Boss fame Jasleen Matharu posted a video on social media on 6th September informing her fans that she has been admitted to the hospital as she could not stop thinking about Sidharth Shukla’s untimely death, the actor’s family and Shehnaaz which affected her health badly. She also said that after she returned from the actor’s house she got messages wishing for her death which made her condition worse. In the same video, she also shared her feelings about her visit to the actor’s house the day he died. She further said how shaken up she was when she heard the news of Sidharth’s sudden demise, and how sad the environment of the actor’s house was. Seeing Sidharth’s mother, his sisters and Shehnaaz completely broke her. 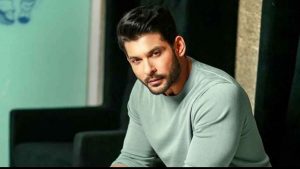 Earlier on 3rd August, Jasleen had shared a video in which she was seen expressing how concerned she is for Sidharth’s family and Shehnaaz Gill.

Sidharth Shukla died on 2nd September aged 40 due to a heart attack. The entire entertainment industry was shaken after the news of the actor’s sudden death. A prayer meet was organised by the actor’s family on 6th August in honour of the pure soul.