Click Shankar’ is the title of Junglee Pictures’ upcoming high-concept thriller. “Shankar Rebeiro” is a cop that remembers everything he sees, hears, tastes, smells, or feels. His name is synonymous with a camera click for his much more than photographic memory recall. A one-of-a-kind lead character – a funny but troubled inspector who recalls everything, which is both a gift and a curse for him – will unravel the mystery. Shankar Rebeiro the character of the film, suffers from a rare illness known as Hyperthymesia, which allows him to remember every detail of his life (unlike the popular character from Ghajini), guaranteeing that the past is never truly forgotten. This character-driven theme is a great blend of action, humour, and heart, following Shankar on a roller coaster of emotions and scary twists and turns. A strong female lead will complement the protagonist’s acute personality and provide an element of mystery to the story. Junglee Pictures has assembled an interesting crew for Click Shankar, following the amzing box office success of movies like Raazi and Talvar. The film will be directed by famed filmmaker Balaji Mohan, who is known for films like Maari 1 and 2 (famous for the rowdy baby song) and Kadhalil Sodhappuvadhu Yeppadi, which showcase his unique humorous sensibility. Binky Mendez and Balaji Mohan co-wrote the story and script, and Sumit Arora (Stree, The Family Man – Season 1) and Suraj Gianani provided the dialogues.
This picture required a unique perspective for its treatment, with the protagonist being an original, one-of-a-kind figure,” director Balaji Mohan says. A mix of something deep, dark, and edgy wrapped in humour to keep the audience guessing and on the edge of their seats until the very end. These synergies would not have worked with anybody else but the Junglee Pictures crew, and working on this project with them has been a fantastic experience. I found this to be the ideal film with which to make my Hindi film debut, and we can’t wait to show you everything that’s in the works. 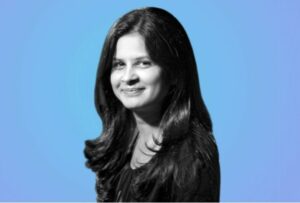 The notion of Click Shankar developed as a character driven franchise within the Junglee Pictures’ creative team,” says Amrita Pandey, CEO of Junglee Pictures. Binky’s unique plot and screenplay writing skills, combined with Balaji’s command of commercial sensitivities and well-defined public appeal, have enriched the film’s narrative. The snappy and hilarious conversations by Sumit and Suraj have elevated it to the next level. This thriller genre has heart, which makes it an intriguing opportunity to develop something unique.”