On Sunday, veteran filmmaker Sagar Sarhadi, famous for his work in movies like ‘Bazaar’, ‘Kabhi Kabhie’ and ‘Kaho Na Pyar Hai’, died at the age of 88 in Mumbai. Recently, he was admitted to the ICU of a cardiac care hospital in Sion following a heart problem. 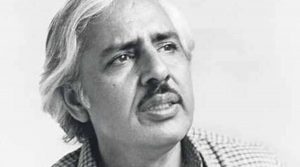 Bollywood Industry has yet again said goodbye to another gem in its crown. On Sunday one of the finest storytellers in the Hindi film industry, Sagar Sarhadi breathed his last in Mumbai. The Writer-director was the scriptwriter for popular movies like Noorie, Silsila, Deewana, Bazaar, Lorie and He was the director of movies such as Kabhi Kabhi, Chandni, and Faasle. He also penned dialogues for many movies. 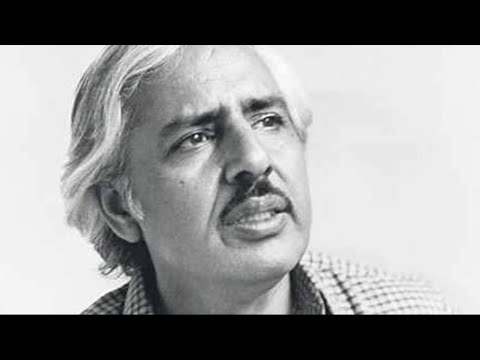 On Sunday, ANI confirmed the death of the filmmaker and wrote on the micro blogging site, “Veteran writer-director Sagar Sarhadi passes away in Mumbai.” 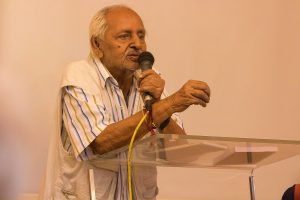 In February 2018, Sarhadi suffered a heart attack after which he was admitted to a cardiac care hospital in Sion. He was again admitted to the same hospital for his recent treatment. According to reports, Sarhadi completely lost appetite for food and water in the last few weeks.

Since the news of his death was made public, many people from the Bollywood industry have been offering their condolences.

Actor Jackie Shroff said that he will miss the veteran filmmaker.

Sarhadi was a veteran IPTA member. In the late 60s and early 70s, he introduced talented artists like Farooque Shaikh and Shabana Azmi in his inter-collegiate theatre competitions for Khalsa and St Xavier’s.

IPTA also took to twitter and mourned his demise.

@DirectorsIFTDA mourns the demise of Veteran Filmmaker & Writer #SagarSarhadi. We pray to the Almighty to bless his noble soul & give courage to his bereaved family to bear the irreplaceable loss. @SrBachchan @RajkumarHirani @imbhandarkar @TheFarahKhan @FarOutAkhtar pic.twitter.com/PxK3bXPa8A

Sagar’s real name was Ganga Sagar Talwar. He was born in 1933 in Abbottabad which is now in Pakistan. Eventually he changed his name to reveal his connection with the frontier province. It is said that the partition prompted him to first start writing.

Initially he was an Urdu writer who wrote several short stories and plays. After completing his college education, he decided to venture into cinema. His first break was Patni in the year 1970. He further joined hands with Kapil Kumar and went on to work with Basu Bhattacharya in Anubhav (1971). Reports revealed that Sarhadi’s funeral ceremony will be around 12 pm in Mumbai.