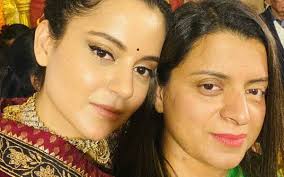 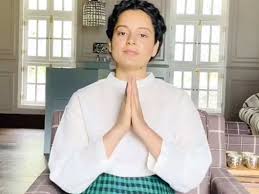 Kangana Ranaut’s sister, Rangoli Chandel’s Twitter account got suspended, the actress addressed the issue in a video,  strongly  defending  her sister and insisting that she “has done nothing wrong”.

In an Instagram video, Kangana said on the importance of freedom of speech in a democracy, while also claiming that Rangoli didn’t promote the genocide of Muslim believers in any way. She also went on to speak her mind on other troubling issues, such as “terrorists”.

Rangoli’s Twitter account was suspended on Thursday after she posted some controversial tweets about the recent attack on doctors and medical staff treating COVID-19 patients in Moradabad.

Rangoli said in a statement, “Twitter is an American platform absolutely biased and anti-India, you can make fun of Hindu Gods call Prime Minister and Home Minister terrorists but if you say anything about people pelting stones on health workers and Police forces they suspend your account, I have no desire of empowering any such platforms with my perspective and honest opinions, so I am not reviving my account, I was my sister’s spokesperson now watch out for her direct interviews, she is a huge star she has many ways of reaching out, a biased platform can be easily avoided.”