Kangana Ranaut is found in some or the other controversy be it politics or about industry. Recently she shared a collage of her photos from her upcoming movies, Thalaivi and Dhaakad.

Kangana Ranaut created a controversy after she compared herself to Oscar-winning actress Meryl Streep and Wonder Woman-star Gal Gadot. People on twitter did not take to the self-praise kindly. 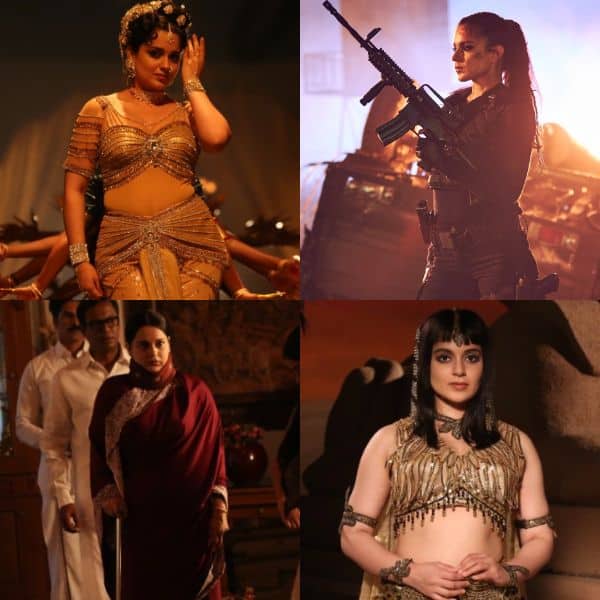 Captioning both photos from Thalaivi and Dhaakad, Kangana wrote on her official Twitter handle: “Massive transformation alert, The kind of range I display as a performer no other actress on this globe has that right now, I have raw talent like Meryl Streep for layered character depictions but I can also do skilled action and glamour like Gal Gadot #Thalaivi #Dhaakad.”

“I am open for debate if anyone can show me more range and brilliance of craft than me by any other actress on this planet I promise to give up my arrogance, until then I can surely afford the luxury of pride #Thalaivi #Dhaakad.”

One more netizen wrote, “A new word should be added to the English dictionary…Kanganaism, someone who suffers from a high degree of narcissistic delusion!”

One Twitter user responded to her claims with: “Kangana and Meryl Streep in one breath? BLASPHEMY. Kangana is nowhere close to Meryl and can never be. Why is Kangana so pompous?”

To this she replied: “I honestly want to know why do we worship white people? Forget their budgets and our age gap, tell me about just acting can she do Thalaivi and Dhaakad? Queen and Tanu? Fashion and Panga? Kaya and Datto? Answer is she can’t, then why not emerge from the deep rooted complex?”

Another user wrote, “If Meryl Street ever finds out about you, she’ll sue you for defamation.”