While Thalaivii, starring Kangana Ranaut, was set to hit theaters, the Central Film Certification Committee (CBFC) approved the Jayalalithaa biopic, awarding it a U` certificate. This means that audiences of all ages can watch the film.

Even with cinemas still closed in Mumbai and Maharashtra, Thalaivii is set to hit theaters on September 10 worldwide in Hindi, Tamil, and Telugu. 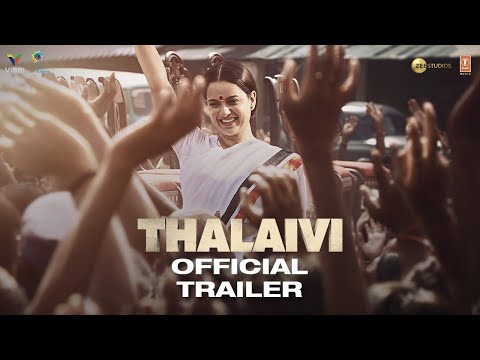 The film also stars Arvind Swamy, which was previously scheduled for release in April this year, but was postponed due to the second wave of the Covid19 pandemic in India.

The film’s trailer, which was released on March 23 to mark Kangana’s 34th birthday, gives a glimpse into different stages in Jayalalithaa’s life. He presented about the film and his political career. Thalaivii is presented as a film that highlights the indescribable reality of Amma’s life on screen.

Yash Raj Films is all set to spend Rs 100 crore for its first...