Home Box Office Collection Kapil Sharma’s digital debut: ‘I am not done yet’. 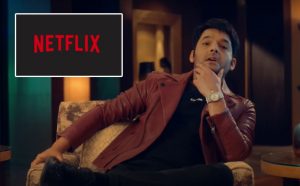 From Amritsar to Mumbai it has always been a Rollercoaster ride in Kapil Sharma’s journey. From making us laugh by stand up comedy in his initial days to entertaining us with his shows, Kapil has taken a lot of hearts. But this time he is with something new for his fans.

Kapil plans to debut his digital career on OTT platform Netflix named “Kapil sharma I am not done yet”. It’s all set to premiere on Netflix by January 28. Kapil also added on the promo that he has been in the industry for a long time now and still has a lot to deliver to his lovely fans, he also added that there is an inner voice inside an artist that always says “I am not done yet”. This time it would be something completely new for his fans watching Kapil on Netflix for the first time. Kapil would be seen telling his story but in his own style. As something new will be on the floor, Kapil would also be seen singing a song in English and that would surely impress all the viewers on Netflix across 190 countries in the world.

Kapil received a lovely response from his industry mates and promised to make people laugh out loud on the OTT platform for the first time. The 40 year old comedian has gone through a lot of ups and downs in his career but he always bounced back strongly and kept making people laugh in the hard times of the pandemic and he is all ready to show the same magic in a different style in a different place. Fans would eagerly be waiting for him on Netflix this time. We all hope to see a new avatar of kapil sharma which is surely gonna be entertaining for all his fans. People have always welcomed Kapil with a big heart.