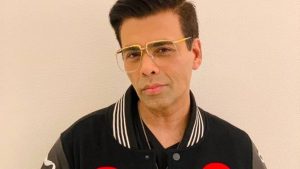 Karan Johar took to twitter and announced the movie tilted The Untold Story of C Sankaran Nair. The movie will unfold the legendary courtroom battle that Sankaran Nair fought against the British Raj and will capture the real life events. The project will be directed by Karan Singh Tyagi and the cast will be announced soon.

Other than the film’s director, no other detail about this venture has been revealed.

Johar shared a statement on social media which read, “This film unravels the legendary courtroom battle that Sankaran Nair fought against the British Raj to uncover the truth about the Jallianwala Bagh Massacre. Sankaran Nair’s bravery ignited the freedom struggle across the country and is a testament to the power of fighting for the truth. The film is inspired from real life events and adapted from the book ‘The Case That Shook The Empire’ written by Raghu Palat (great=grandson of Sankaran Nair) and his wife, Pushpa Palat.”

The statement also said that the movie will go on floors soon. Apart from this, Johar’s production house is also set to launch Sanjay and Maheep Kapoor’s daughter Shanaya Kapoor in Bollywood. The film will be helmed by Shashank Khaitan. Karan has a lot in his plate these days. The productions in his pipeline include ‘Meenakshi Sundareshwar,’ Madhuri Dixit-starrer series ‘Finding Anamika,’ Dostana 2, Alia Bhatt and Ranbir Kapoor starrer ‘Brahmastra’, Akshay Kumar starrer Sooryavanshi and season two of ‘Fabulous Lives of Bollywood Wives’.