Ajeeb Daastaans is an anthology of four stories which will explore the world of four strangely contrasting stories. It will show ways in which unexpected twists ignite uncomfortable emotions hidden under fractured relationships. The four stories will be helmed by Shashank Khaitan, Raj Mehta, Neeraj Ghaywan and Kayoze Irani. 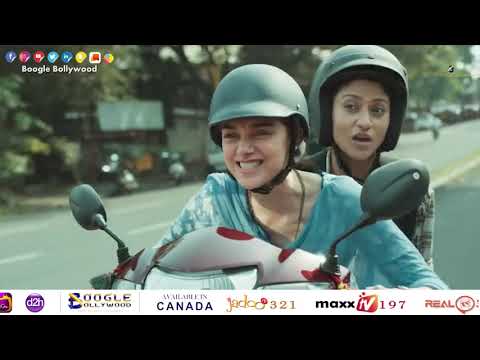 Filmmaker Karan Johar took to social media and shared the teaser of the upcoming movie. He wrote on the micro blogging site, “It’s here… A collaborative effort, yet uniquely individual. Presenting #AjeebDaastaans with 4 exceptionally talented #DirectorsOfDharma, coming together to weave 4 individual stories that are stranger than reality itself (sic).”

It’s here… A collaborative effort, yet uniquely individual. Presenting #AjeebDaastaans with 4 exceptionally talented #DirectorsOfDharma, coming together to weave 4 individual stories that are stranger than reality itself. pic.twitter.com/GMIaJc0QPp

The teaser gave a sneak peak in the lives of the people who are involved in the stories. It opens with Fatima Sana Shaikh dressed up as a new bride for her wedding night. It further moves on to show glimpses of Konkona Sen Sharma, strong-headed woman sipping tea. She is seen later seen consistently punching a man on his face. Moving on the audience will see Aditi Rao Hydari driving a scooty with Konkona riding pillion. Nushrratt Bharuccha can be seen as a mother of a school-going girl whereas Shefali Shah will be seen in a hardly ever seen before avatar. The teaser shows these four stories which seem to be a perfect blend of love, lust, thrill and shock. The movie will take the audience on a journey where one would struggle with the moral dilemma of what’s right and what’s wrong, as the lines between them get blurred. The film will premiere on Netflix on April 16.