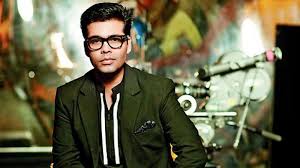 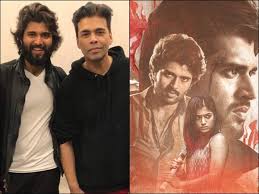 Karan Johar was recently busy in the pre-production of his upcoming ambitious project ‘Takht’. Now, according to the news sources he is planning to buy the rights of Rashmika Mandana and Nithiin starrer ‘Bheeshma’ for Hindi remake.

According to the reports, he recently watched the film and really liked the story of this film. So, he decided to buy the rights. KJo never hide his love for south Indian movies and he always impressed by the content of these film.
Karan feels that this movie has a great potential in Bollywood and he wants to make a remake of it. If we believe the recent report, there are rumors that Ranbir Kapoor has been approached for male lead role. However, no official statement has been announced by Karan.
Whereas ‘Bheeshma’ film is   directed by Venky Kudumula starring Nithiin and Rashmika Mandanna in lead roles. This film was produced by Suryadevara Nagavamsi. This movie was released on 21 February 2020.
On the work front, Karan Johar is working on his multi starrer drama ‘Takht’ for which he is been planning for a long time. He was out for recce with his team but due to corona virus outbreak he had to halt  his pre production work.