Home Gossips Karan Johar’s chat show to have the presence of Pushpa Stars this... Karan Johar created a lot of commotion on social media earlier this week about the termination of Koffee With Karan. However, he failed to add in his earlier remark that the show will now be broadcast digitally. In his second remark, he stated that the talk show’s seventh season will be broadcast on Disney+ Hotstar. His Rocky Aur Rani Ki Prem Kahani co-stars Ranveer Singh and Alia Bhatt will be the first to arrive. However, it is also being rumoured that Telugu actor Allu Arjun and Rashmika Mandanna, who acted in the blockbuster Pushpa: The Rise – Part 1, will be appearing on the chat show this season.The makers of Koffee With Karan season 7 have reportedly reached out to the teams of Pushpa stars Allu Arjun and Rashmika Mandanna, according to a report in an outlet. Allu’s celebrity skyrocketed with the release of the blockbuster flick. Massive collections were seen across India, with a strong interest in South films in the North. Rashmika, on the other hand, has earned the title of national crush, and for good cause. She has a diverse lineup. For this season of the chat show, it appears that the producers have invited several celebrities from the South.
Koffee with Karan isn’t coming back…on TV! Because every good story requires a twist, I’m thrilled to share that Season 7 of Koffee With Karan will be available exclusively on Disney+ Hotstar! The country’s bigges stars will return to the gossil couch to spill the beans of tales while sipping koffee. There will be games, rumours will be debunked, and there will be serious discussions on love, loss, and everything we’ve all gone through in the last five years. Only on Disney+ Hotstar , Koffee With Karan ‘steam’ and beans, shortly ,said Karan
In terms of upcomming projects, Allu Arjun is now working on Pushpa 2: The Rule, the sequel to Pushpa: The Rise. Rashmika Mandanna will make her comeback in this film. Meanwhile, she is poised to make her Bollywood debut in Mission Majnu, alongside Sidharth Malhotra. She also has a role in Vikas Bahl’s Goodbye, which stars Amitabh Bachchan. Along with Ranbir Kapoor, she has signed Vijay’s next film as well as Sandeep Reddy Vanga’s Animal. Karan Johar has been queued up by his directorial Rocky Aur Rani Ki Prem Kahani. 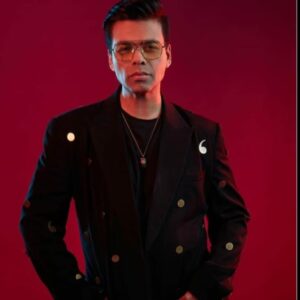 Ayushmann Khurrana – he is not averse to some masala movies but he wants...