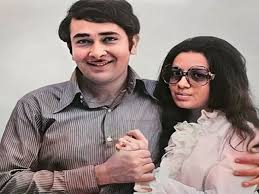 Kareena Kapoor Khan  on the occasion of her mother’s birthday, the actress put out a post wishing the veteran actress. Picking up a priceless memory of her parents Babita and Randhir Kapoor, Bebo wrote, “Happy Birthday Queen”. Now, this wish from one queen to another is all things mushy!

During lockdown, Kareena has been giving her followers a glimpse of her home. From Taimur Ali Khan’s paintings to his gardening  – Bebo has been capturing all the adorable moments for Instagram. Bebo has also been posting about missing her girl gang of Karisma Kapoor, Malaika and Amrita Arora. They have been indulging in video calls while in quarantine, doling out massive BFF goals.