While Kareena’s fan have been dying to see her onscreen, the actress recently posted a photo on her Instagram account from Kalimpong, West Bengal. Kareena is seen getting her cosmetics done against a gorgeous backdrop in the photo. Kareena is preparing for her big screen OTT debut. Kareena shared a photo from the set of her upcoming film ,The Devotion of Suspect X, “Day 1-Kalimpong…Devotion of Suspect X, she wrote”. Kareena is seen in the photo getting her hair done while looking in the mirror. The film team is also visible in the photo, as well as the lovely hillside backdrop. Fans cannot stop gushing and cheering for Kareena and have taken over her comment box. She has a huge and massive following of people who are excited to see her back, and they are even more happier that she will be doing her OTT debut soon. The movie is of murder mystery genre which is a version of one of Keigo Higashino’s most well-known books. Sujoy Ghosh directed the film, which has the support of film producers Jay Shewakramani, Akshai Puri, and Thomas Kim. Jaideep Ahlawat and Vijay Varma will also appear in the flick. Kareena in her latest media interactions have expressed her eagerness and excitment to be back to work after long and also spoke about the film. She said about the amazing team and caste members also this will be her return to work after her second child hence it is a special project to her, Kareena cited. The film is a scripted version of a worldwide best-selling novel. It has so many elements to it, including murder, mystery, thrills, and much more. Well speaking of Kareena Kapoor Khan, the actress is all over the headlines, be it about work, or about her life. She has recently been a mother of two kids and she usually gets papped while accompanying her children to amusements . She has been the massive personality in terms of acting. Her acting skills are very realistic which leaves imprints on the audience’s head. She has done some massive projects like Bajrangi Bhaijaan, 3 Idiots, Udta Punjab, Ki and Ka etc. The actress was recently seen in Good Newwz, Veere Di Weeding, etc. Whereas the director of the movie, Sujoy Ghosh has given some massive big hits like Kahani, Kahaani 2, Badla etc. 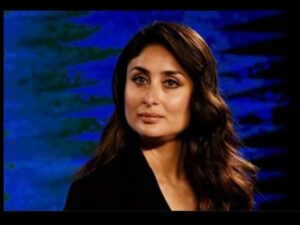