Home Latest Buzz Kartik Aaryan seeks help from his fans about his beard on a... 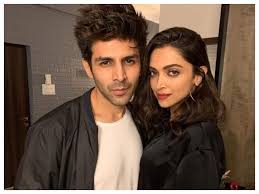 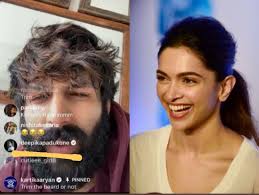 In the wake of the coronavirus  pandemic  bollywood celebrities are doing their best to utilize this time fruitfully and also entertain their fans.

Actor Kartik Aaryan is treating his fans with a lot of content and leaving no stone unturned to entertain them.

Recently, Kartik went live on Instagram to seek some help about his beard. However, his fans are loving his beard look, but his mother is against it. He went on social media to ask his fans whether he should get his beard trimmed or not.

Netizens started flooding the comments section on his live-chat and he received a mixed response for the same. But one such response came from  Deepika Padukone, who decided to give her opinion about the beard. Deepika dropped a comment which was the girl-raising-hand emoji and made it official that she would like the actor to go clean-shave.

There were few more celebrities who were seen commenting their views on Kartik’s live chat. Arjun Kapoor, Anaita Shroff  Adajania and Daboo Ratnani gave their advice for the actor’s beard-avatar.

On the work front, he will be seen in ‘Bhool Bhulaiyaa 2’ and ‘Dostana 2’ and the actor has few movies to be shot for once the lockdown is lifted. He is also a part of Om Raut’s action flick.