Hansal Mehta’s next project, ‘Captain India,’ would feature Kartik Aaryan as a pilot. According to reports, the film will begin shooting soon. Kartik Aaryan, along with Kiara Advan are in the lead role in Bhool Bhulaiyaa 2, and both the actors are presently preparing for the release of their highly anticipated film. 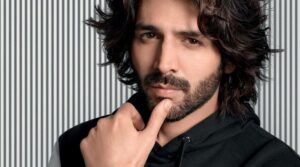 In promoting their upcoming film, the actors are leaving no stone untouched.
Kartik has a busy year ahead of him after the release of Bhool Bhulaiyaa, with a number of exciting projects in the works, including Shehzada, Freddy, Sameer Vidwans’ next soulful musical love epic, and Hansal Mehta’s Captain India. According to the latest reports, Kartik will begin filming Hansal Mehta’s Captain India soon after finishing Sameer Vidwan’s film.
In September, Kartik Aaryan will begin filming Captain India, as per reports. The closed sources said “In 2022, Kartik has a lot on his schedule. In July, he will begin shooting Sameer’s next feature shortly after completing Rohit’s. The film’s pre-production work is underway, and the director is in the process of securing filming sites. Following that, in September, he will begin filming for Hansal Mehta’s feature, which will be shot in a variety of Indian and international locations. Kartik will also begin preparing for the role as the filming date approaches.”Kartik Aaryan is set to act in his upcoming film Captain India, in which he will play a pilot. RSVP and Baweja Studios are producing the film, which will purportedly revisit “one of India’s most successful rescue operations.” Hansal Mehta is the director, and Ronnie Screwvala and Harman Baweja are the producers. Kartik Aryan has been in news since his debut. He was famous for his charming look and later got appreciated a lot because of his acting looks and dance numbers. Be it Sonu Ki Titu Ki Sweety, or Pyaar Ka Punchnama, Kartik has left a remarkable impact on audirnce’s head and it will be a pleasure watching him on screen again.