Kartik Aryan is all geared up for his upcoming digital venture ‘Dhamaka’. The film is directed by Ram Madhvani, and will apparently portray the actor in an entirely different avatar. The film is said to be premiered on the OTT platform Netflix. However, Netflix has not yet disclosed the release date for the film. Meanwhile, Kartik has some interesting updates for his fans. 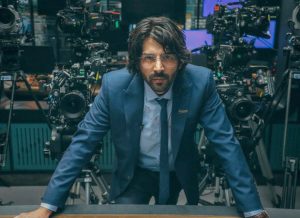 Earlier on 4th October, Monday, when almost all the social media networks were down including; WhatsApp, Facebook and Instagram, most of the people found themselves landing on Twitter and the actor was no different. On Monday night, Kartik did a session named #AskKartik for his fans, where the netizens would be asking the actor questions and Kartik has to answer them. Out of many questions, one question that specifically grabbed everyone’s attention was “When is Dhamaka releasing?” to which the actor replied saying “wait for my birthday treat.” After that tweet, people started speculating that the film might be released on 22nd November on Kartik’s birthday.

Dhamaka is apparently a remake of a South Korean film titled ‘The terror live’ which was released in 2013. The actor will be seen playing the role of an anchor in the movie.