JL50, directed by Shailender Vyas, needs to be commended for its attempt to construct a back-to-the-future vibe and some nice flourishes; you just wish it was better done overall. 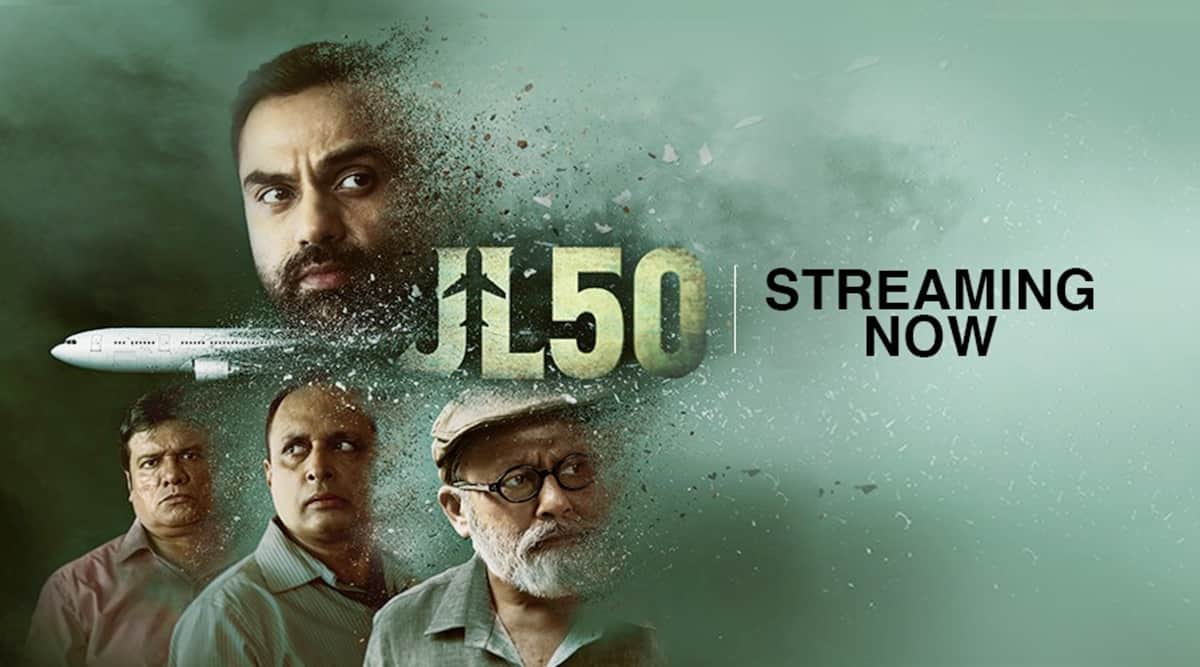 JL50 opens on an ambitious, intriguing note. Somewhere in the hilly reaches of the North East, a plane crashes, and as the news starts trickling in, several puzzles begin to grow. Is there more than one plane that’s gone missing? Why is a flight manifest 35 years old? Why is everything connected to that ill-fated plane so hush-hush?

Such a relief to find an Indian web series which has nothing to do with hinterland violence, foul-mouthed goons, and sexual acts bunged in strictly for shock value. The characters here belong to the terrain, and picturesque Kolkata is a perfect location for what begins as a classic mystery. A CBI officer (Abhay Deol) and his colleague (Rajesh Sharma) are informed that the case of the mysterious crash is ‘sensitive’. As the trail gets ever twisted, we come across a shifty professor (Pankaj Kapur) and a crash survivor (Piyush Mishra), both of whom have something to hide. What is their connection with the disoriented woman (Ritika Anand) who wakes up in a room and cannot recognize anything? And why does everything lead back to that plane?

The set-up took me in, and I was all set to have fun with the rest of it. It’s always nice to have performers who can get the job done and some. The atmosphere always helps deepen mysteries, and while some of the action takes place in the lanes and distinctive houses, we also keep getting lovely panoramic views of the city. But soon enough, the plot starts to unravel and while we are ready to swallow many implausibilities which come with a story which involves time travel (yes, that’s right), they need to be done just so.

Also, some strands are left hanging. Deol’s Shantanu is given a damaged relationship, which is never referred to again, through the four episodes it takes for the series to wrap. Mishra’s miraculously healthy survivor develops vampire-red eyes and an eye-roll of a meltdown. Kapur makes the most of his part, though, as does Sharma. And the climax, which involves a large empty shed and characters dodging bullets, reminds you of bad Hindi movies that are wisely no longer being made. The ‘mad scientist cooking up time-warp instruments while spouting gobbledygook’ is a genre by itself, and many enjoyable yarns have come out of it. JL50, directed by Shailender Vyas, needs to be commended for its attempt to construct a back-to-the-future vibe and some nice flourishes; you just wish it was better done overall.