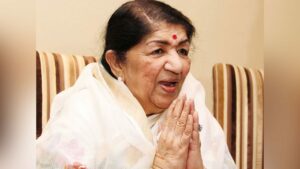 The health state of renowned singer Lata Mangeshkar, who is still in the Intensive care unit (ICU) of a hospital in Mumbai, is getting better, stated by the health minister of Maharashtra, Rajesh Tope on Sunday.
Earlier the singer was tested positive for Covid-19 with lenient symptoms and was admitted to the Breach Candy Hospital last week. 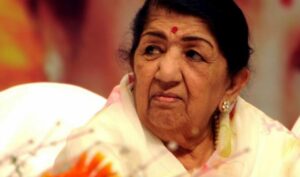 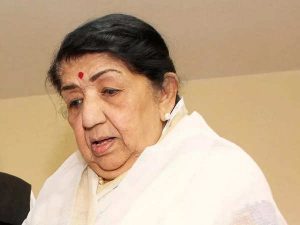 Previously in the day, assistant professor, Dr Pratit Samdani from the Breach Candy Hospital informed the sources that Lata Mangeshkar is still in the ICU and is under the proper care. The niece Rachna of Mangeshkar’s had on Thursday stated that her aunt is developing a better health with every passing day and asked the reporters to consider the privacy of the family.

The 92 years old singer began her profession at her early 13s in the year 1942 and has sung more than 30,000 songs to her credit in many different Indian languages. Just a while ago sources spoke to her younger sister Asha Bhonsle and questioned her regarding the worsening reports which are coming in front, but Asha Ji mentioned that no no, I had a conversation on the phone with my Bhabi Archana and sister Usha just 30 mins back. But she added that everyone should pray for Didi’s health so that she can get well as soon as possible.

Full list of winners for the Dadasaheb Phalke IFF Awards 2022: Ranveer Singh got...