Warina Hussain who made her Bollywood debut in 2018 with ”Loveyatri” which was produced by Salman Khan. The movie however marked the debut of Salman’s brother-in-law , Aayush Sharma too. After her grand launch in Bollywood Warina was seen matching steps with Salman in ‘Dabangg 3’s dance number “Munna Badnaam Hua”.  Now the latest buzz is that After doing these two major Bollywood projects, Warina is planning to explore work down south. In fact, news is that Warina has already bagged in her first project in her fist. Sharing more details on the same, a source informed, “The actress will be seen in an interesting role in a film by a well known production house. It’s a film in Telugu and will be a treat for her fans, for which she will be travelling to Hyderabad next month to commence the shoot.”

She has completed her education from The New York Film Academy. After a brief stint in the modeling and advertising field, she decided to try her luck in films. Warina has also featured in rapper Badshah’s music video titled ‘She Move It Like’. 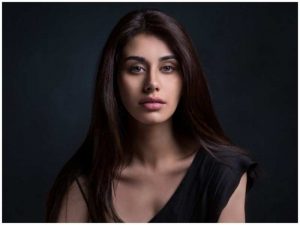 “The Incomplete Man” is billed as a supernatural thriller, and is directed by Dhiraj Kotkar. The film narrates the story of a bachelorette party gone wrong, when the revellers realize the house they are partying in is possessed by a supernatural power.

Currently, Warina is busy shooting for her next titled ”The Incomplete Man” in Goa with Sharib Hashmiand Freddy Daruwala. After wrapping up the Goa schedule, she will fly to Hyderabad for the south film shoot. Meanwhile, Warina remained unavailable to make a comment regarding this.