Home Latest Buzz Madhuri Dixit to potray the role of homosexual in her upcoming series... Amazon Prime Video conducted a remarkable event recently, in which they formally announced their next 41 films and web series. Interestingly, each project’s star cast and directors were welcomed on stage, and some of the performers from these films or series even performed live. Madhuri Dixit’s performance was one of the most memorable of the event’s performances. Maja Maa, Amazon Prime Video’s first original Hindi film, features her. While launching the film, the evergreen actor danced flawlessly to the foot-tapping song ‘Rangeela Mara Naach.’ A short teaser was also released to the media, which created the impression that the film would be a typical family comedy. 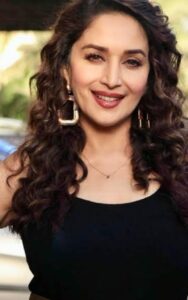 Maja Maa is not your typical family flick, it has finally been revealed. “Madhuri Dixit to portray a homosexual character in Maja Maa,” a source revealed. The crux of the picture is how her sexual orientation leads to conflict, lunacy, and a lot of entertainment as she prepares for her son’s wedding.”
Maja Maa also features Gajraj Rao, Ritwik Bhowmik, Rajit Kapur, Barkha Singh, and Simone Singh in addition to Madhuri Dixit. Anand Tiwari is the director. “It goes without saying that the homosexual element is definitely handled gently, lacking any titillation in Maja Maa,” the person stated. The world has changed. Bhumi Pednekar recently played a lesbian in Badhaai Do, and her portrayal was well conveyed. Similarly, Madhuri Dixit’s part in Maja Maa has been handled delicately. That’s why a celebrity like her chose to join on for such a unique role.” It’s worth noting that this isn’t the first time Madhuri Dixit has played a gay. It was hinted in Dedh Ishqiya (2014) that her and Huma Qureshi’s characters were lovers. The creators, on the other hand, never made it clear and left it up to the audience to figure out. Meanwhile, Avinash or Avi (Lakshvir Singh Saran) was revealed to be gay in her much-discussed web series The Fame Game a few months ago, and her mother, Madhuri, knew about it and accepted him totally. It’ll be interesting to watch if Madhuri Dixit’s family and loved ones in Maja Maa accept her sexual identity with open arms.

Gangubai Kathiawadi will be released on 25th February