Home Latest Buzz Madhuri Releases her second single, dedicates it to her fans. Dhak Dhak Girl, Madhuri Dixit has always kept her fans very close to her heart and try giving them suprises. Hence she is loved by a massive audience and is known as the heart throb of the nation. Madhuri Dixit has unveiled her second single and that too on her birthday. And what’s better than this for Madhuri fans. Last year, the actor made her singing debut with “Candle,” and she recently published a song called “Tu Hai Mera,” which she dedicated to all of her fans. Madhuri opens the video by reading messages from admirers. Madhuri looks at the camera while reading one of the notes, breaking the barrier between her and her followers, and promises her well-wishers that she would do something for them.She goes on saying that , she knows time is rough and she also misses her fans and hence she would now do something for them.
Madhuri Dixit is a total glam queen in “Tu Hai Mera.” She’s singing and dancing in some of the most beautiful outfits. “Here’s my second single, ‘Tu Hai Mera,’ entirely devoted to all my admirers who have loved me over the years,” Madhuri wrote on her YouTube channel. “‘Tu Hai Mera,’signifies and shows that you guys are the reason I am yet standing and working as your support give me strength,” she cited. The most special thing about this song is Madhuri has sung this song herself alongwith co writting it with Raja Kumari. As soon as she uploaded the vedio of her song fans went crazy and event celebs like Karan Johar couldn’t stop praising Madhuri for her elegance and beauty. Her charisma, voice, beauty and her talent has kept fans gazing at her like anything. Well she takes on the spotlight to herself, and it happens unknowingly because of the aura which she has created being in the industries for years.
Recently Madhuri was seen in Netflix’s The Fame Game and Karan Johar’s Kalank. 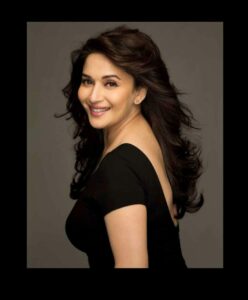 Amazon Prime Video made a announcement ensuring the continuation of a slew of famous...

Ayushmann Khurrana shared the purpose of creating a film like ‘Chandigarh Kare Aashiqui’.