The Family Man actor Manoj Bajpayee’s father RK Bajpayee passed away on Sunday aged 83 after being in critical condition for a long time. His condition was considered to be critical for the past few days. 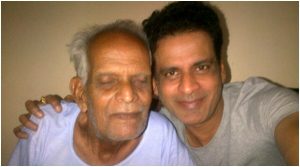 Reportedly, last month RK Bajpayee was admitted to the hospital due to his severe health issues, and the actor had stopped his shoot immediately to be with his father. The actor was tight on his schedule and was shooting for his next project in Kerala, but he rushed back to Delhi concerned for his father.

The funeral is scheduled to be held at Nigam Bodh Ghat, at 1:30 PM.

RRR, Attack and Gangubai Kathiawadi to be released in theatres, confirms Pen Studios