If season one of Mirzapur caught everyone by surprise as one of the best web series to ever make its way onto an Indian OTT platform, then Mirzapur season 2 reinforced that fact, while burgeoning the cult following of the Amazon Prime Video show. However, there was a considerable gap between the two stupendous seasons, and though season 3 is definitely happening given the terrific critical and audience receptions the earlier season got, fans are worried that it’s again going to be a long wait after two lockdowns ensuing from the COVID-19 pandemic, which isn’t seeming tp let up. To get some clarity on Mirzapur 3, BollywoodLife put producer Ritesh Sidhwani himself on the hot seat in an exclusive interview and he graciously revealed some juicy inside scoop. 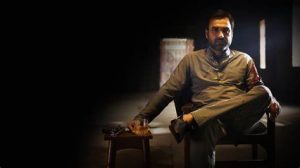 Opening up on when Mirzapur season 3 will finally go on floors, Ritesh Sidhwani of Excel Entertainment said, “Mirzapur… we are working on the script. We were actually supposed to start shooting this year, but now because of the lockdown and rains (the monsoons, following the lockdown, has apparently made it difficult for the third season to take off, despite the government somewhat relaxing shooting restrictions for the industry), it is happening definitely, but it’ll be happening next year.” The Excel Entertainment head honcho also spoke about the release of KGF Chapter 2, where he revealed, “KGF 2 would be out as soon as possible because the makers are very clear they have to wait for the theatres to open. Plus, it’s more of a pan-India release, with the South market (taken into consideration). We’re only distributing it this side (in North Indian markets), so i’s not our decision mainly, it’s up to the producer, Vijay (Vijay Kiragandur), and Yash and the Director, Prashanth (Prashanth Neel). So, they are going to decide that.”

So, there you have it straight from the horse’s mouth. Ali Fazal, Pankaj Tripathi and Shweta Tripathi starrer Mirzapur 3 will certainly get moving from 2022 onward.