Actress Mouni Roy has said that she feels the Bhagwat Geeta must be included in the academic curriculum across India. The actress feels that the book gives eternal knowledge which is needed worldwide. Be it ‘Naagin’ on small screen to ‘Made in china’ on the big screen, Mouni Roy has garnered a lot of love from the people. She has always been very proud about her transition from TV to Bollywood. Except her love life, Roy has been open about her work and thoughts. Recently, the Naagin actress opened up about her thoughts on the Hindu scripture and said, “I read Bhagwad Geeta Ka Saar in childhood but didn’t understand it until now. See, one of my friends started reading the Bhagwad Geeta and I also joined the class — this is before lockdown — and I didn’t make many classes due to hectic schedule. But during lockdown, I was very religious. I think it should be a part of our school curriculum. I genuinely feel that it is more than a religious book. It is ‘life ka saar’ (crux of life), eternal knowledge, and it is basic knowledge. If you have a question in your head, the Geeta has the answer.” While answering to a question asking if the entertainment sector needs to inculcate the teachings of the Geeta, she said, “The Geeta is needed worldwide, not just in India or Bollywood or School. In India, it could change the orthodox thought process in families. We talk about ‘Beti Bachao, Beti Padhao’. Instead, it should be ‘Beta Padhao, Beta Bachao’, I think society is in need of this knowledge or awareness.” 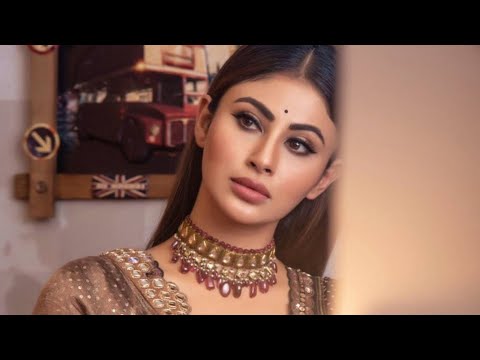 She underscored that despite coming from a country of Vedas, people live in ignorance. She said, “We literally live in ignorance, and we actually come from a country of the Vedas and the Upanishad, yet we don’t do anything. We are sitting on a gold mine and we don’t do anything it. The entertainment industry is a stressful place, you don’t have the concept of Saturdays and Sundays, a 9-to-5 job, and we are constantly consumed in our minds and thoughts. So, for sure, the Geeta is needed here, but having said that I think (be it) the rural, the urban, and the metros, everyone is in dire need of the Bhagwad Geeta’s teachings.” Mouni has been in limelight from the past few weeks due to her baffling love life. If the rumours are to be believed, she will soon be marrying her Dubai-based banker Suraj Nambiar.