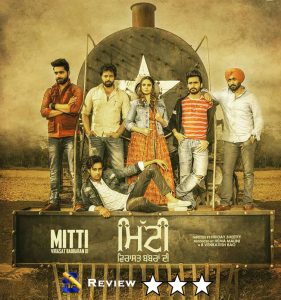 Mitti Virasat Babaran Di movie has been released today and tell you that this movie has been written by Rabbi kandola and produced by Hema Malini The movie is directed by Hriday Shetty and featured Kuljinder Sidhu, Japji Khaira, Jagjeet Sandhu and Nishawn Bhullar as lead characters. Other popular actors who were roped in for Mitti: Virasat Babbaran Di are Dheeraj Kumar, Aakanksha Sareen, Lucky Dhaliwal, Nitu Pandher and Gurpreet Bhangu.
Mitti Virasat Babbran Di concept, story and plot
Plot of this films seems to be a war drama film which may un-reveal the facts and information about the battle that happened against babbars and British soldiers. Babbars are not to be connected with a particular cast or region but yes it can be about the Sikhs and Sikh Soldiers because the poster shows a man with turban standing against many to fight. Babbar also means loin. 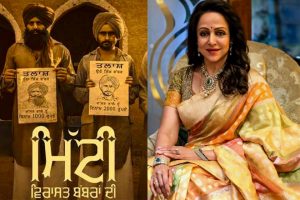 The movie’s concept is good, but you could have shown the movie a little more, if you look at the film in a technical way then it is a little week due to which we gave 3 start