Home Box Office Collection Movie ‘Valimai’ is now delayed due to the rapid rise of Covid. A very famous and talented Actor Ajith Kumar’s movie ‘Valimai’ gets delayed. Thala’s ‘Valimai’ was expected to release in both South and Hindi cinemas during their biggest celebrated festival ‘Pongal’. Although, the pandemic has meant the cinemas have been closed.  The film was about to appear on 13th of January, 2022.  Producer Boney Kapoor has now released an official announcement that the film has been delayed. He wrote on Twitter, “All that we desired during every single moment was to see audiences and fans cheerful and happy in the cinema halls. Nevertheless, their well-being and safety has always been at the front line of our decisions. Given the steep rise in covid contamination all over the world, and continuing with the decisions of the officials, we have decided to delay the date of release of our movie ‘Valimai’ up until circumstances stabilises. 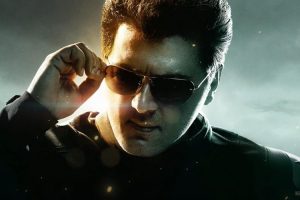 Corona is now attacking the nation with a new variant ‘Omicron’ which is very dangerous. Everyday there are huge numbers of cases increasing rapidly. It is continuously hampering the goals of cinema all over the world.

Apart from the movie ‘Valimai’ there are many other movies which already got postponed earlier and released very late and the movies which recently getting delayed due to lock down  in the country again are – ‘Prithviraj’, ‘ RRR’, ‘Radhe Shyam’ ‘Jersey’ and many more.

Presently every Producers, Film distributors and Actors-Actresses are experiencing and going through a really tough situation. Stars like Ekta Kapoor, Kareena Kapoor, John Abraham, old time actor Prem Chopra and his wife and many others have been tested positive and some are completely fine now. But overall it’s a really tough time they are facing in their life.