The trailer for Monica O My Darling is finally out , which definately is Netflix’s first neo noir comedy tale. The trailer has begun increasing the expectations of fans and followers and seems like there is a lot we will witness in this neo comic drama of Netflix. The on screen presence of trio Rajkumar Rao, Huma Qureshi and Radhika Apte is giving us goosebumps. The movie that is slated to release on 11th November, has been helmed by Vasan Bala, who has helmed movies like Mard Ko Dard Nai Hota, Ray etc and last year his amazing venture 83 was premiered which starred Ranveer Singh and Deepika Padukone. Speaking of the characters, Huma is playing Monica, and seems like her character will be murdered. Well Huma is slated to be murdered by may be Rajkumar Rao, who is playing the persona of Jayant and this murder mystery will be solved by Radhika Apte who in tha trailer is not seen as a serious cop but is seen in a very bubbly and comic mood. Well now the most interesting fact is how will the actress manage to solve this mysterious crime that too which such a comic character and whether Rajkumar be able to save himself? We will only get to know this when we see the movie. 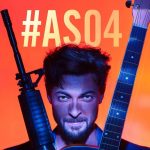