Babe Bhangra Paunde Ne, the eagerly anticipated film starring Diljit Dosanjh, has officially been premiered in theatres. The song “Babe Bhangra Paunde Ne” appears to be a present for Diljit Dosanjh’s followers on the auspicious event of Dussehra.Diljit Dosanjh, Sargun Mehta, Gurpreet Bhangu,Sohail Ahmed, and Sangtar all play prominent roles in the movie. Every performer performed a good job portraying their part, and “Babe Bhangra Paunde Ne” is developing into a full-fledged entertainment package for the viewers. There is absolutely no denying that Diljit Dosanjh and Sargun Mehta are the best actors working today. Hats go to Sohail Ahmed as well, who completely mastered his role and mesmerised the viewers with every word he said and every moment of his on-screen presence. Amarjit Singh Saro performed his duties diligently and to the best of his ability. He put up his best effort in the casting process and brilliantly managed the screen time for each personality. We can only state that the screenplay is so compelling that you won’t want to miss a single second of watching. This movie, whose motto is “Old is Brazen,” is about old people who are joyful and brave, and it introduces various novel ideas to Punjabi cinema. The storyline is around Jaggi and his buddies who are on a quest to succeed and become wealthy by whatever means necessary. One day they had the great plan to become wealthy by adopting a father and purchasing his policy, allowing them to lawfully claim thousands of dollars in the event of their adoptive father’s passing. When Jaggi meets Preet, will the plans be altered? Will they be prosperous? To get the answer you definately should go and watch the movie.
Well the movie is a whole hearted mix of the requirememnts lf the audience. The directiom is definately on point and the movie is framed in such a way that it makes the audiences hold their seat till the end. 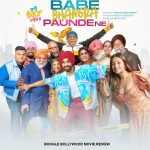 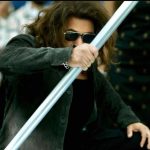