The massive big budget movie titled Godfather had finally got onboards. This is Superstar Chiranjeevi effort to test his fortune with a replica of God Father following the failure of Acharya. This political thriller, which also features a good amount of action, was helmed by Mohan Raja. According to the crew, they had made efforts adjustments to appeal to the large amount of audience. Nayanthara, Satyadev, and Samuthirakani will all portray significant roles, and Bollywood legend Salman Khan will portray a big part. The makers are Konidela Production Company and Super Good Films, while Thaman composed the soundtrack. Well the immense amount of action and super pick up lines are something which the audiences are loving. Well style, the important factor. Though styling and appearance is kept normal, still its really appealing and the macho hit lead stars look really classy and elegant. Other persons and characters have also done their best and have given put the best they could. Presence of Salman Khan has bought a different attraction of huge fans of bollywood and definately acts as a booster for the film. In the movie, Chiranjeevi plays the lead character who foils a wealthy man’s plan to import drugs into Hyderabad. The key to the storyline is how he manages to quash and eliminate the individual. Salman will also be seen dancing with Chiranjeev in Godfather to the song “Thaar Maar Thakkar.” Mohanlal is the protagonist in the movie. Well thats what, huge star caste, settled really well, character potrayal to different levels and the best thing is the screen play. Nothing seems to be lumped up, everything looks placed and settled. The film which was really anticipated amongst the audience has now finally got on board and audiences’ reaction says it all. Fans are really giving positive response after seeing the film. 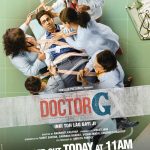 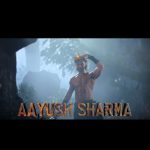